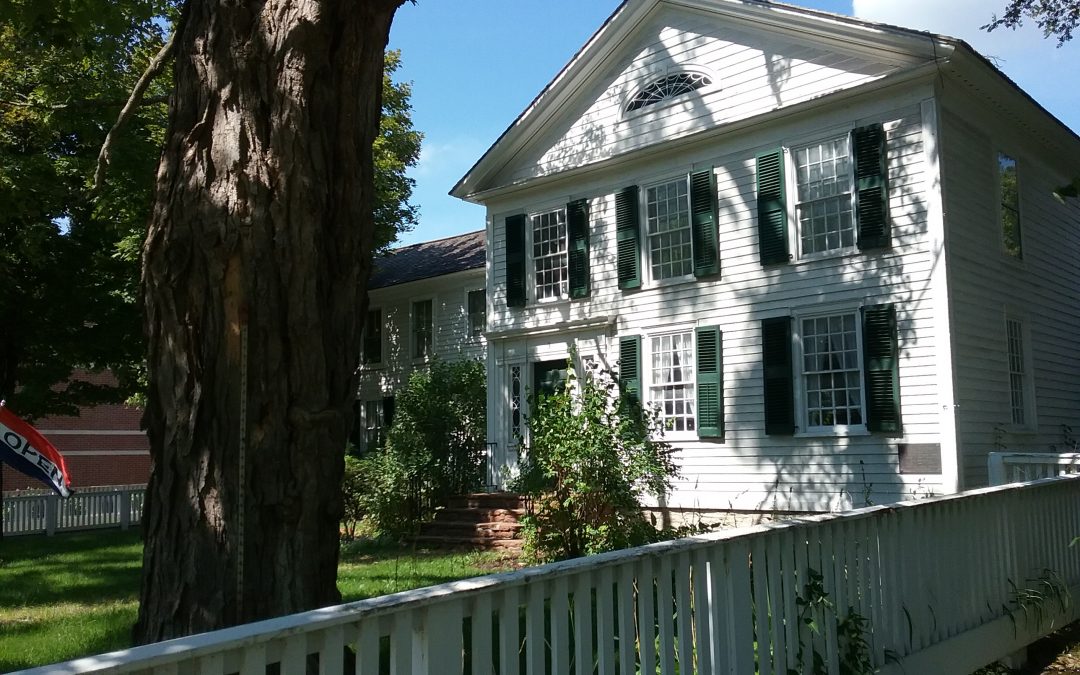 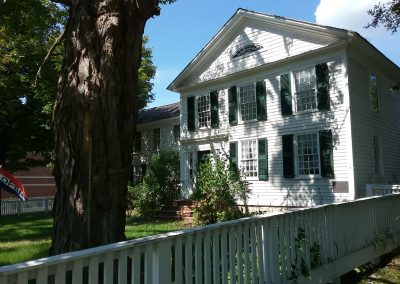 The original portion of the Silas Wright House was built in 1832. 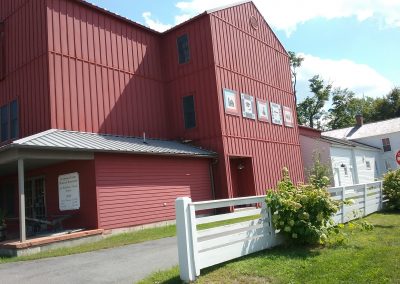 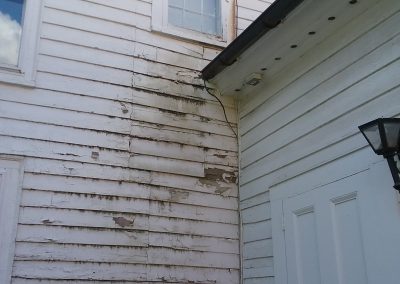 The grant through Senator Ritchie will provide funds to repair and repaint siding on both the house and barn, make upgrades to museum bathrooms, install storm windows and doors, and tighten the building envelope.

Both literally and figuratively. In May, the St. Lawrence County Historical Association (SLCHA) learned that we were to be the recipients of a $50,000 State and Municipal Facilities Grant from New York State through the office of Senator Patty Ritchie. This grant will allow the Historical Association to undertake some major facilities improvement projects to ensure the continued preservation of the Silas Wright House and Museum for public programs, collections storage, and researching county history.

The original portion of the Silas Wright House was built in 1832, with various additions in the 19th and 20th centuries, culminating in the 10,000 square foot Red Barn Addition which opened to the public in 2001. And as you can imagine with an old house, the maintenance is never-ending. The grant through Senator Ritchie will provide funds to repair and repaint siding on both the house and barn, make upgrades to museum bathrooms, install storm windows and doors, and tighten the building envelope. And of course, museum lighting will be improved by the addition of new LED fixtures and occupancy sensors. All of these projects will enhance the energy efficiency of the museum and, pending approval from the state, should be completed by December 2019.

Also, I am proud to report that the St. Lawrence County Historical Association was recently awarded Accreditation by the American Alliance of Museums! The SLCHA was initially accredited by the AAM in 1982 and has had to undergo periodic reevaluations to maintain this status. Our most recent reaccreditation, received in August 2018, has been a nearly three year process including: a comprehensive self-study of the organization submitted in early 2016; a site visit by museum peer reviewers from Rhode Island and Georgia in November 2016; several interim progress reports; and multiple reviews both by staff in the Accreditation Program and by members of the Accreditation Commission. Reaccreditation means that the SLCHA continues to meet National Standards and Best Practices for U.S. Museums and remains a member of a community of institutions that have chosen to hold themselves publicly accountable to excellence. Accreditation through the American Alliance of Museums is the result of a rigorous process of self- assessment and review, and only about 3% of all museums in the United States have achieved this level of excellence.

With this combination of state support for much-needed facilities improvements and national recognition of SLCHA’s museum excellence, I feel confident that the St. Lawrence County Historical Association is on the road to a very bright future!

About Sue Longshore: Susanne (Sue) Longshore was appointed Executive Director and St. Lawrence County Historian in August 2014. She has been employed at the SLCHA since September 1996. A native of Central New York, she has a BA in History from SUNY Geneseo and completed coursework at Duquesne University towards an MA in History with a concentration in Museum and Archival Studies. As SLCHA Collections Manager, she was responsible for the care and documentation of all artifacts in the museum collection as well as curating exhibits. Her other areas of responsibility included publication of The St. Lawrence Chronicler, membership management, coordination of special events and serving as Deputy St. Lawrence County Historian.